The best beaches and coves

There’s one beach with pebble-strewn sand just south of the main town, but most visitors opt to access the translucent sea from rock perches that are reached via the island’s well-tended network of paths, or by boats run by fishermen supplementing their meagre off-season earnings. There are also sea caves to explore, where water, rock and sunlight create spectacular colour and light effects.

In the village at the new port (south) and the old port (north) we find the two beaches, mostly frequented by local families. What to say, the sea is always clear and transparent, ideal for a refreshing bath, but coming to Marettimo to stop at these two beaches doesn’t make much sense.

Beach under the cemetery and de Rotolo

From Marettimo go along the road that, towards the south east, leads near the cemetery, along the way you meet various descents to the sea. Among these, the two beaches we mention are the one immediately after the scroll chapel and the one at the cemetery, both of which have a comfortable descent and a small pebble beach. The duration varies from 10 to 15 minutes on foot, mostly paved road. Flip-flops proof, in short. Like the entire east side, it is exposed to the sun in the morning, while it is in the shade from the afternoon.

You can easily reach it in 20 minutes on foot by following the path that goes south-east towards the cemetery. The beach is of pebbles, with even sandy points. It is the perfect compromise between beauty and comfort. Like all the bays on the eastern side of the island it is beaten by the sun in the morning, and in the afternoon the shade. Very nice and easy to reach recommended !

Following the path that leads to Punta Libeccio, immediately after the carcaredda. It is the first descent to the sea within walking distance, on the west side of the island. About an hour and a half walk in the shade of pine trees. The path climbs through the pine forest, until it reaches the Carcaredda. And this is the most difficult part. From the Carcaredda, continue down the opposite side of the mountain. This is not a real cove, but rocks from which you can enter comfortably in the water. Especially from the late morning, Zotta Muletti is totally exposed to the sun.

Among the coves within walking distance, certainly one of the most beautiful. From the village, it takes about an hour and three-quarters of the way. The road is the same for Zotta Muletti, up to the Carcaredda. From there, continue towards Punta Libeccio along an easy path, up to the junction where the beach is indicated. It is a small cove of stones, with clear and transparent water. It is exposed to the sun from late morning, but it is possible to shelter in the shade of some rocks. Duration about 1 hour 45 minutes. In this cove we organize the boat service after booking.

Two hours from the town, on the opposite side of the island, is Punta Libeccio, with its lighthouse. Arrived at the Carcaredda, just follow the directions. The trail runs along the west side of Marettimo, crossing some pine groves. Just below the lighthouse is Cala Nera. Perhaps the most beautiful beach on the island. But don’t be fooled: you can’t reach it on foot. The only way, without a boat, is to climb down from the rocks and get there by swimming. A good compromise, however, is right next door. Some flat rocks reach up to the sea, making it very convenient to go down into the water. To protect yourself from the sun, you will find a natural cave, definitely providential during the hottest hours. Duration 2 h approx.

They are the two most northern bays of the island. The trail starts from the town heading N and winds for an hour and a half along the east side. The path in some sections is sheer above the sea. So watch out if you suffer from vertigo. At about half way, there is a source of drinking water. Immediately below the castle, you can access a small beach (the master stopover), or go down from the rocks, on the opposite side Cala Manione. In this cove we organize the boat service after booking.

At the north-west point of the island, is a small strip of sand fringing some of the bluest water you’ll find this side of the Caribbean; you’ll need a boat to get there though. 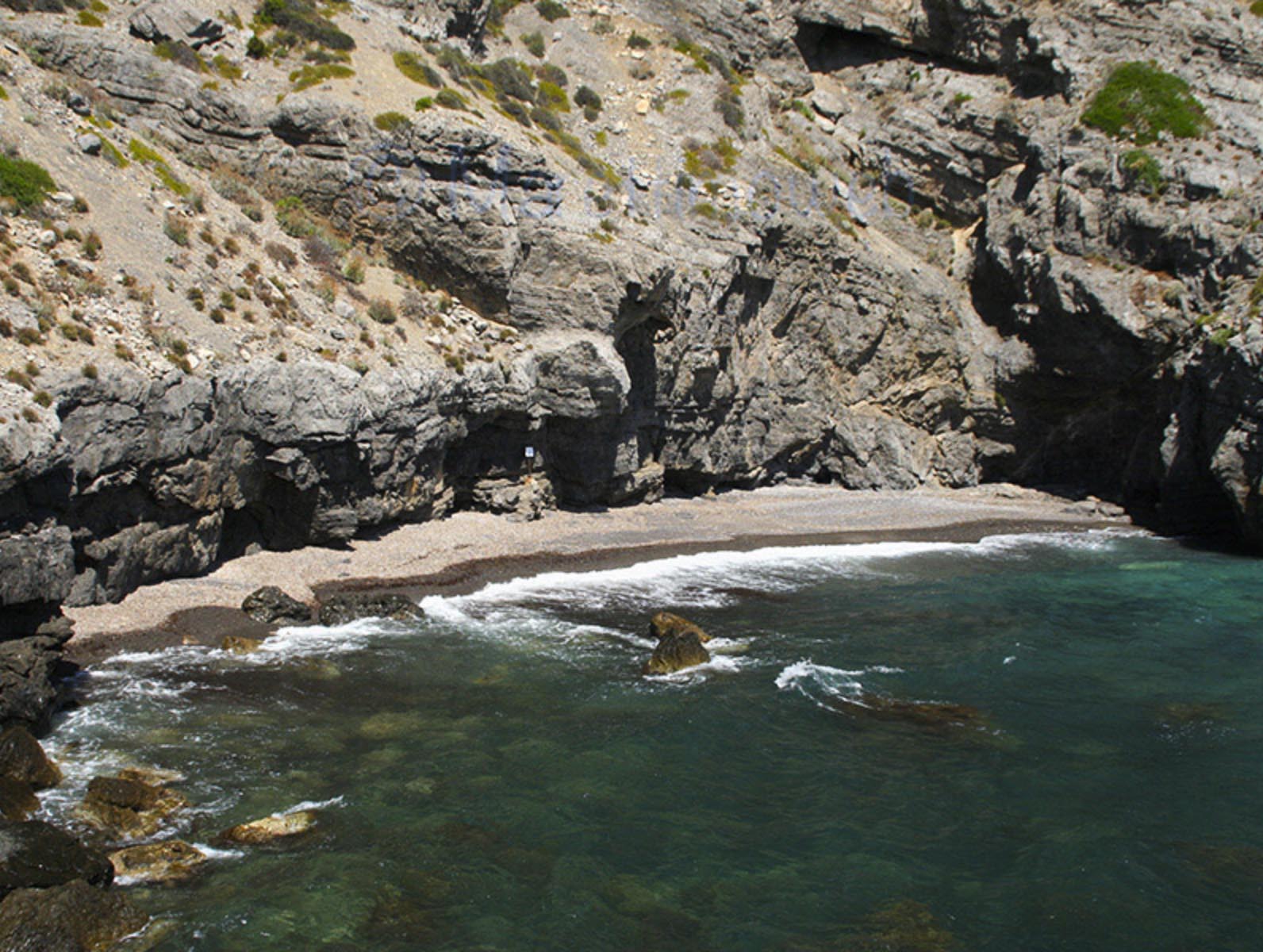 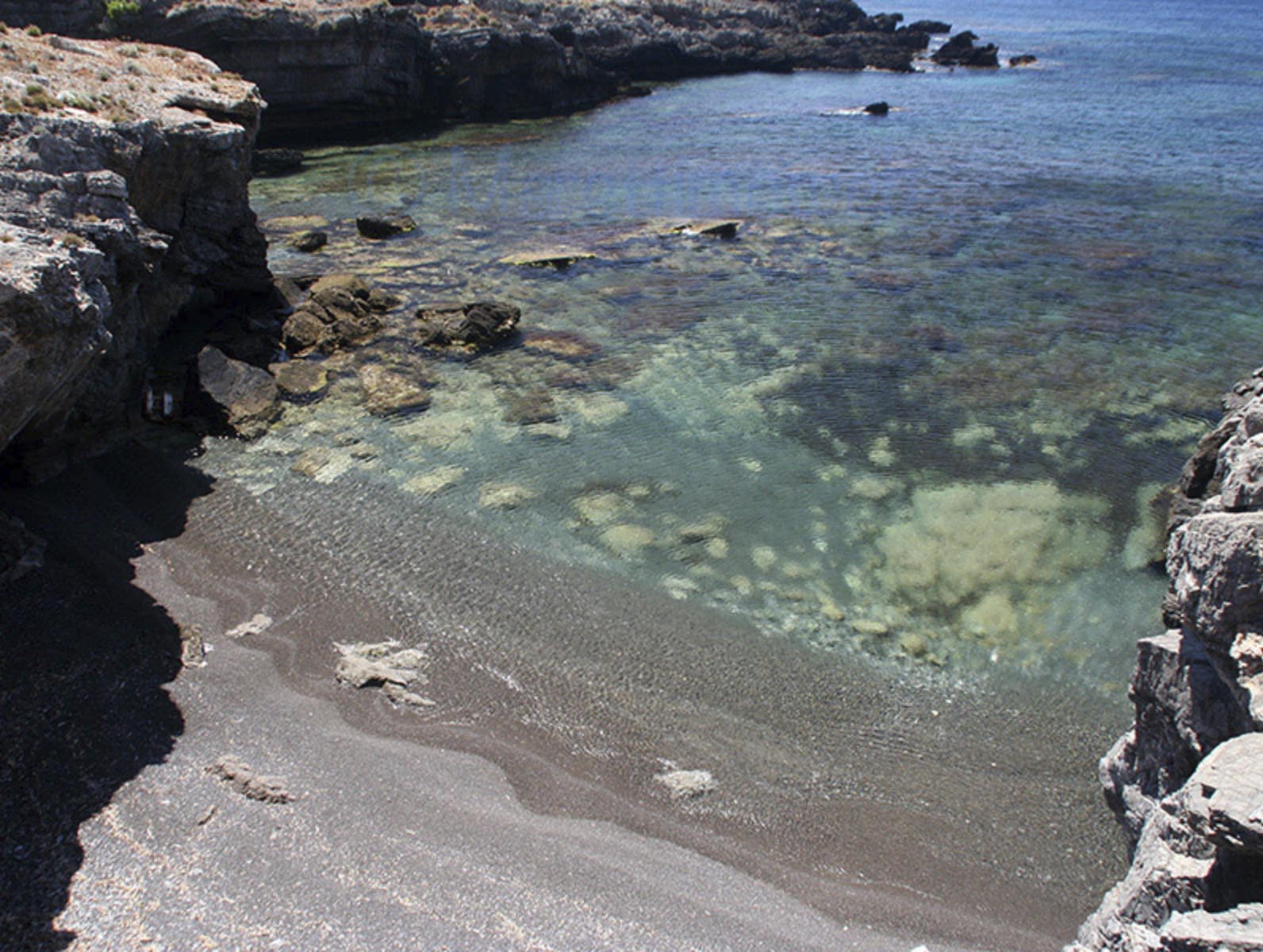 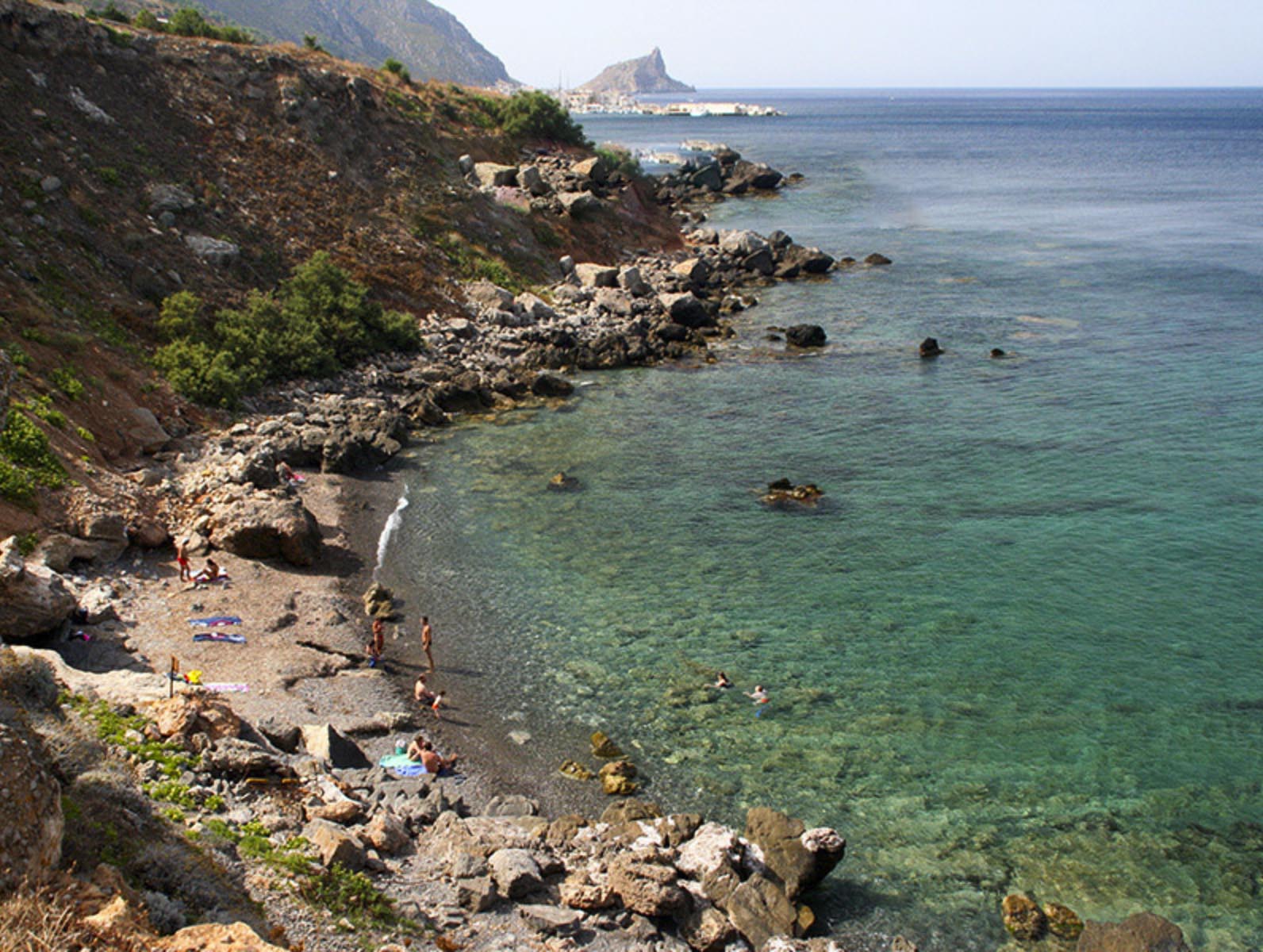 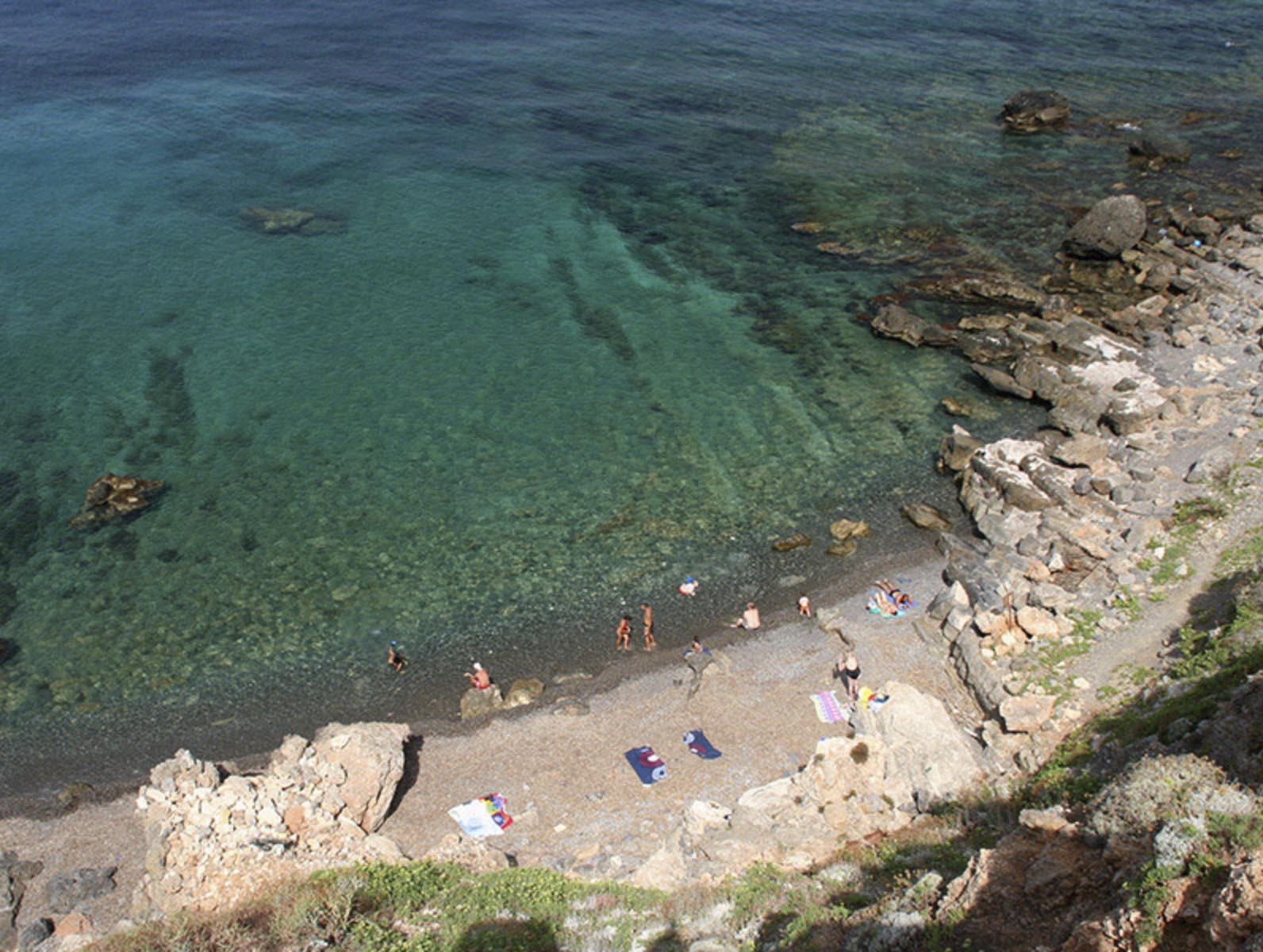 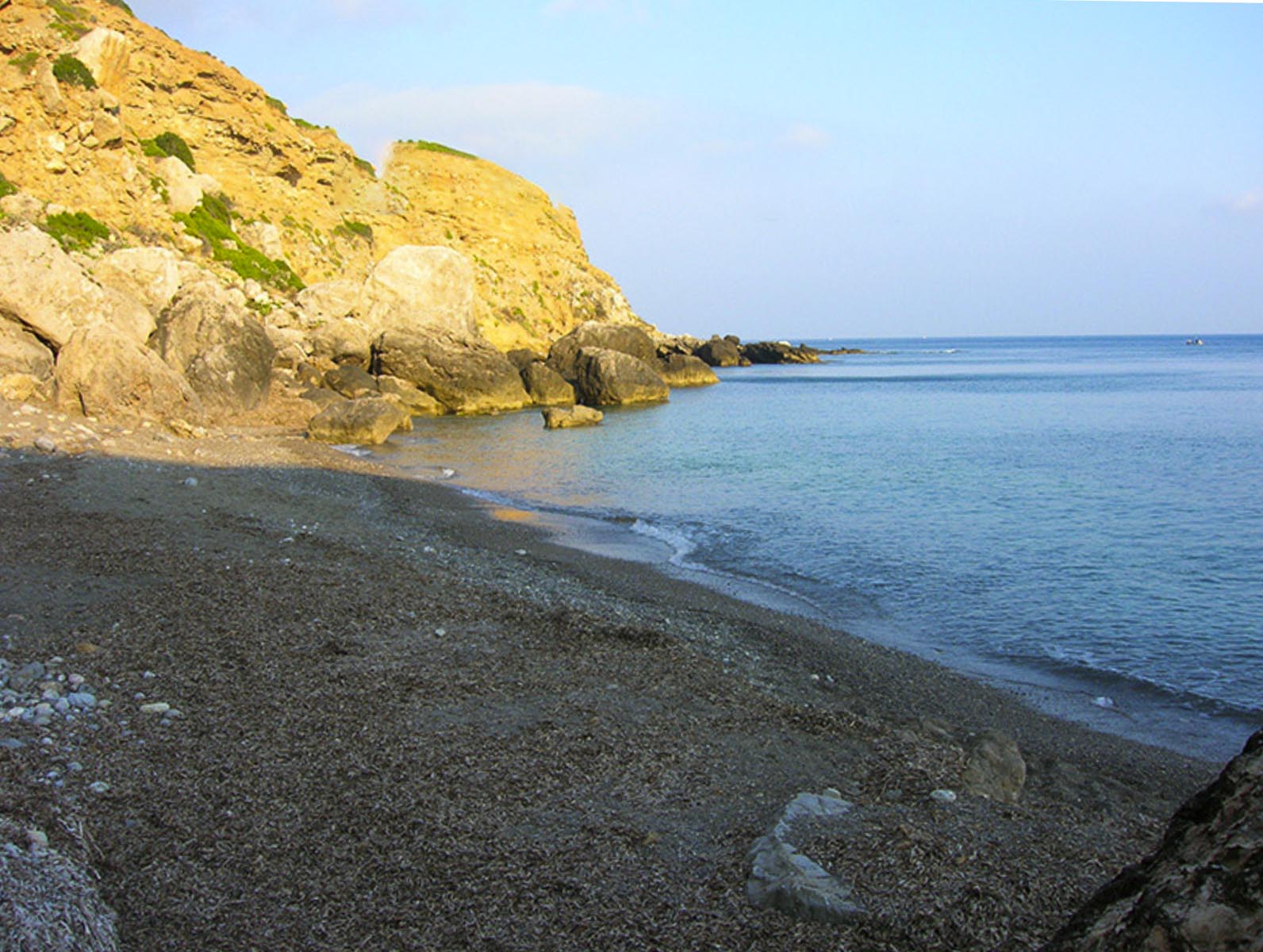 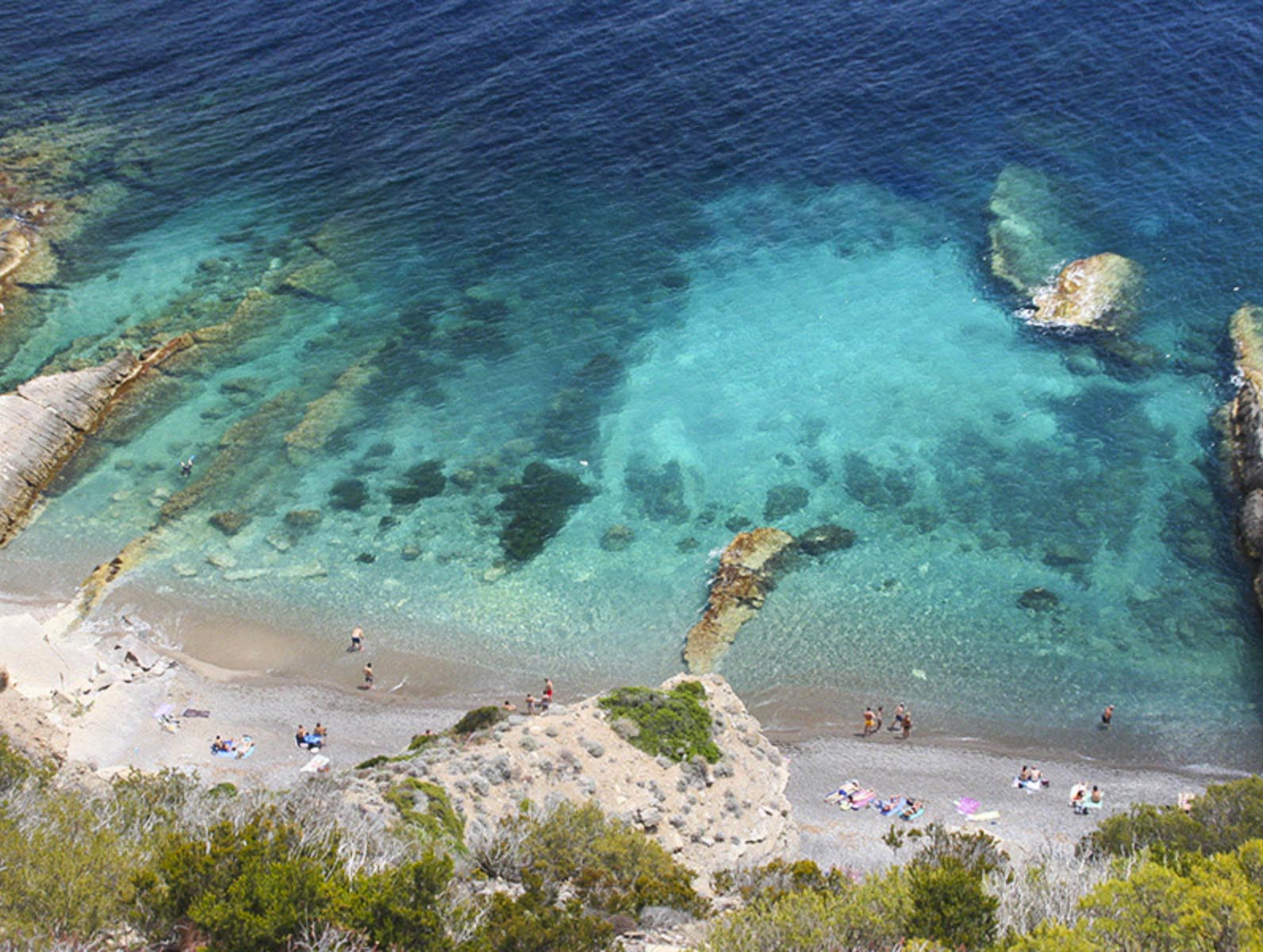 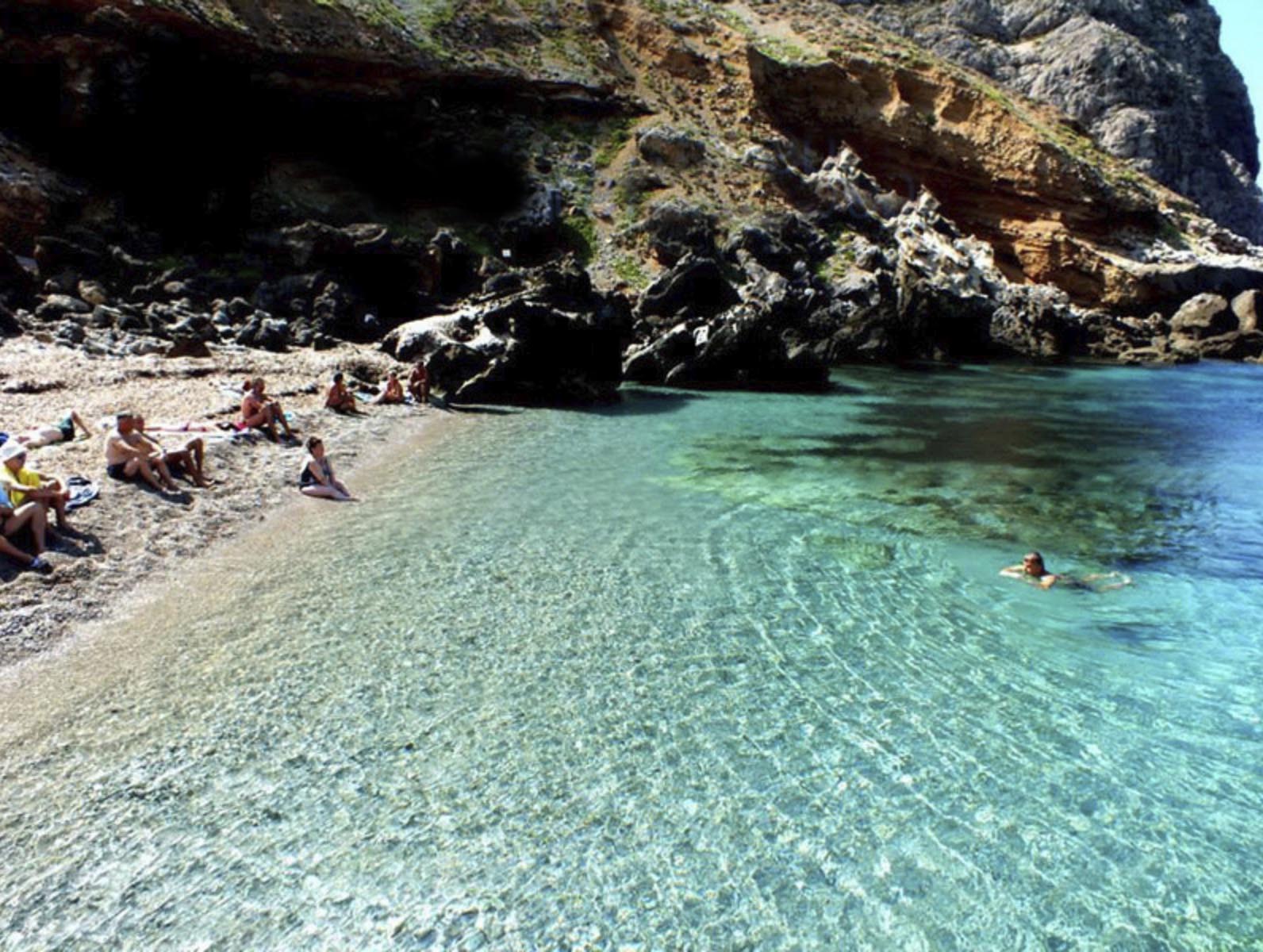 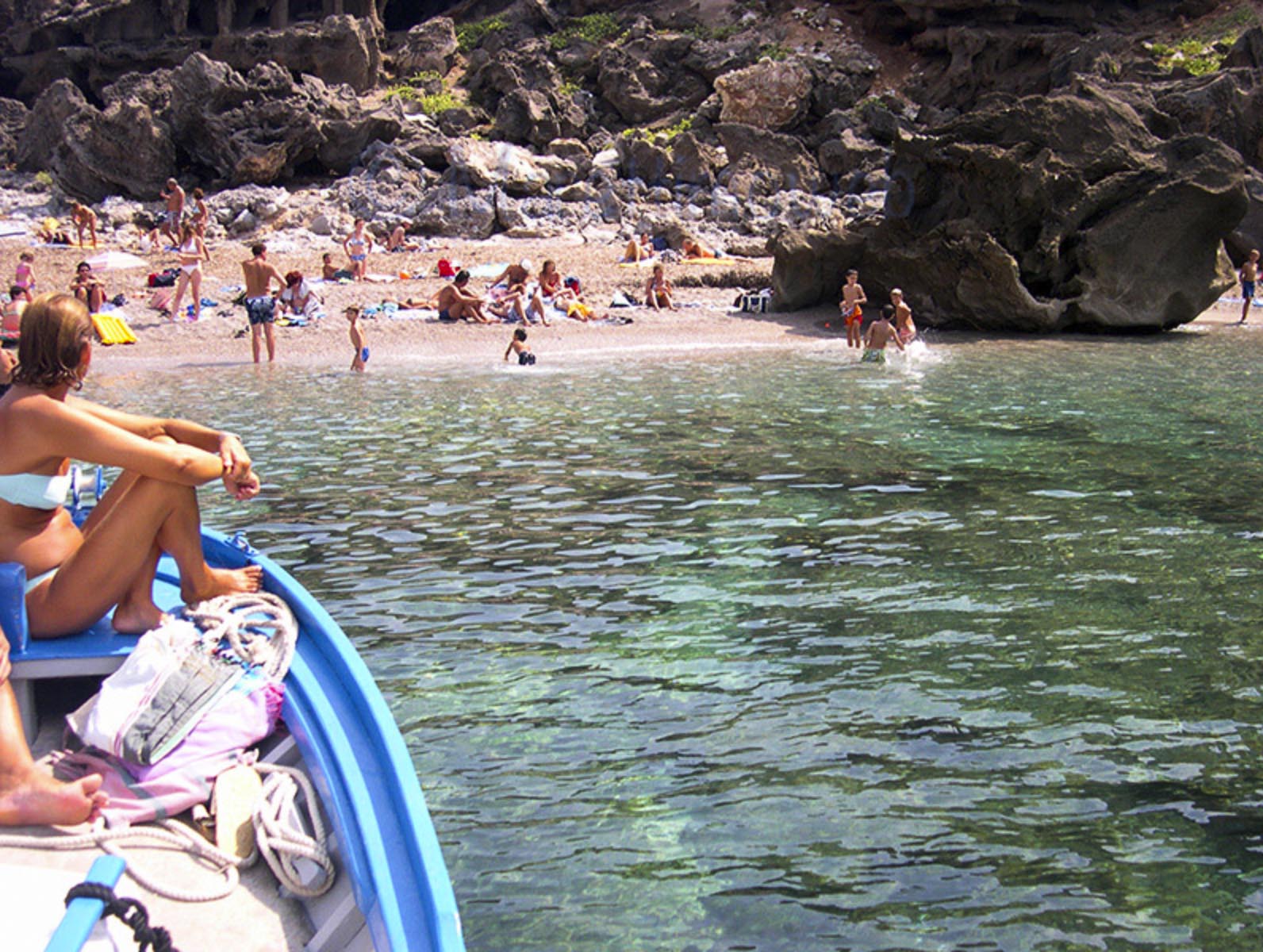 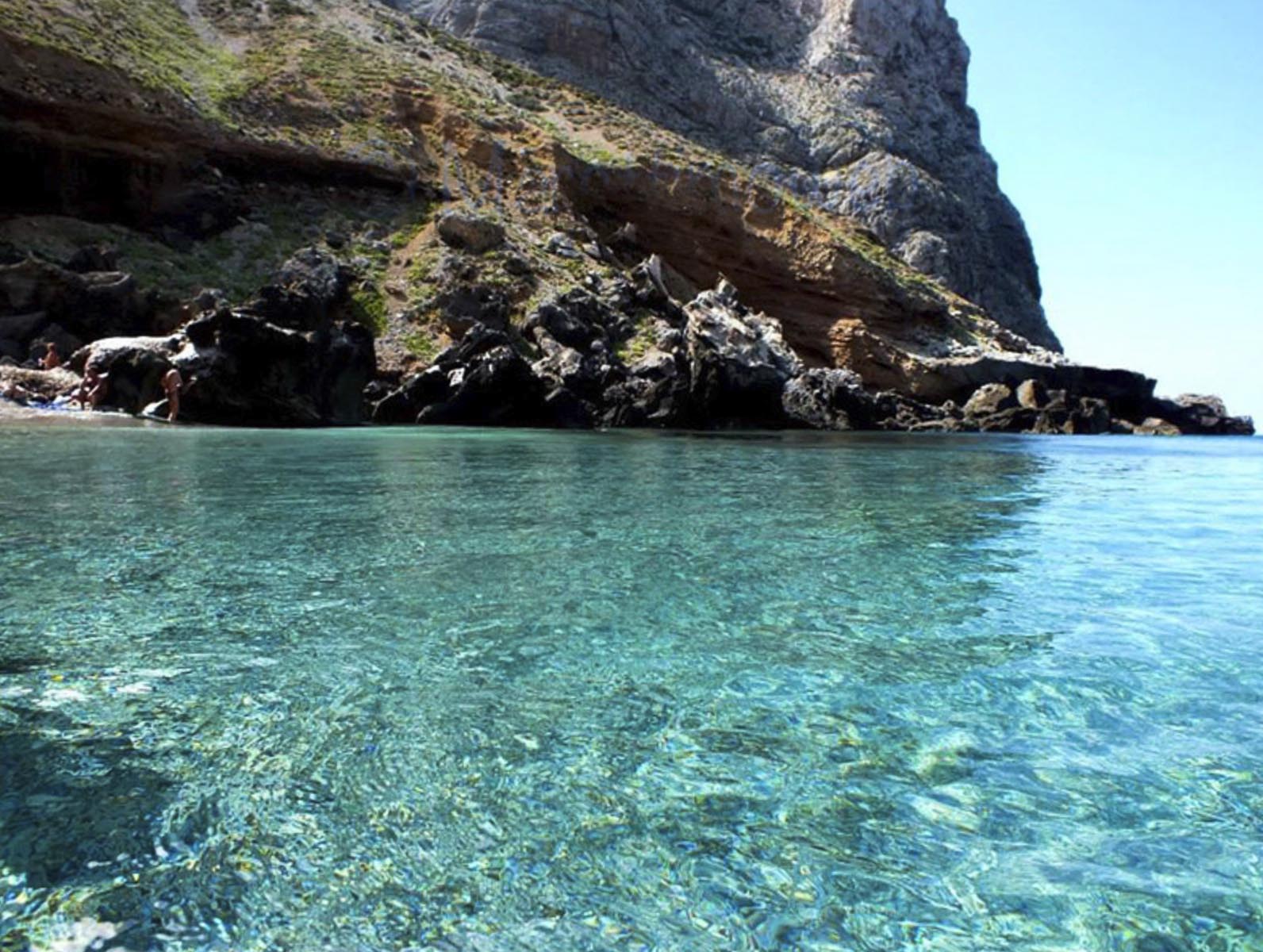 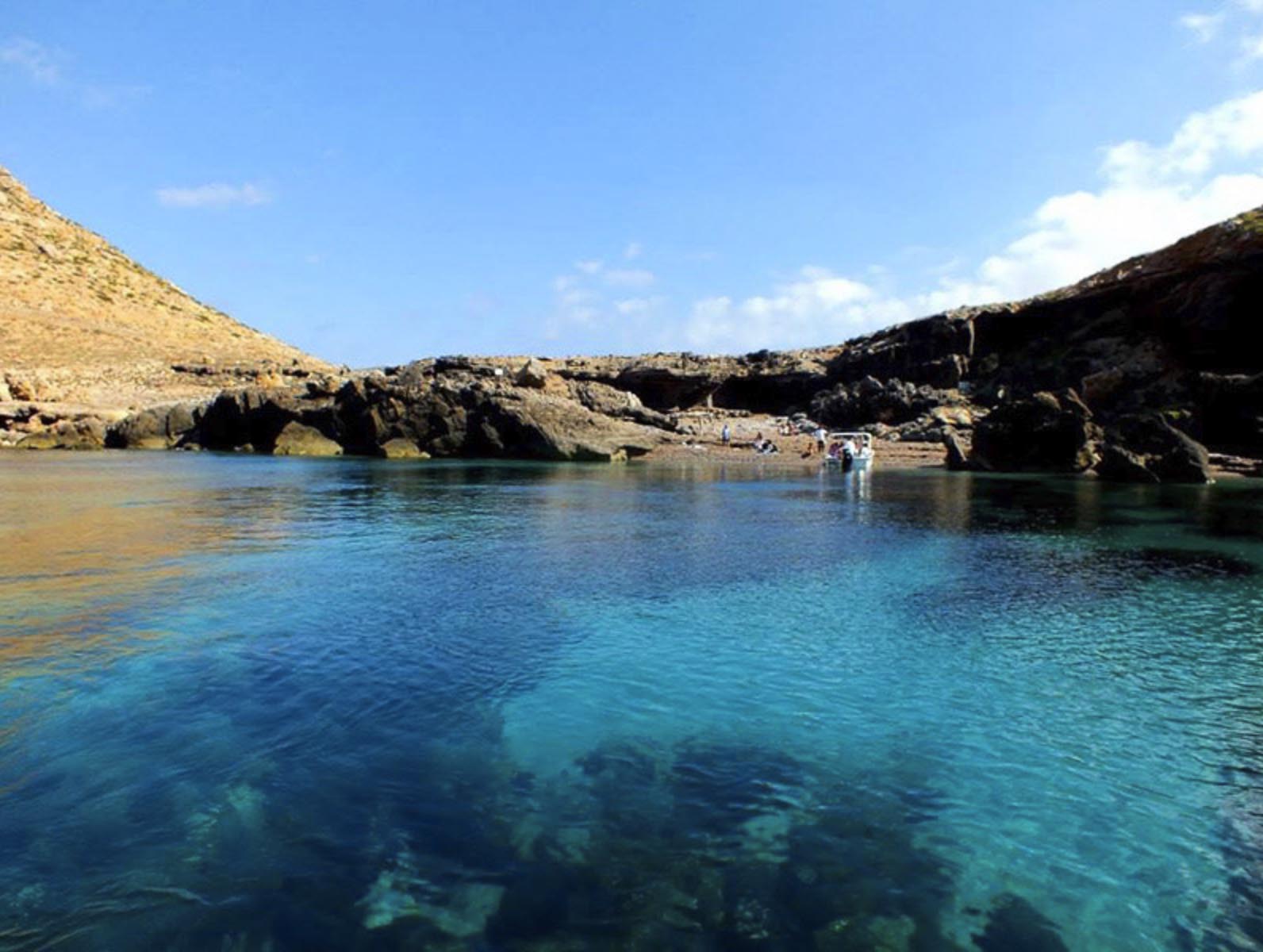 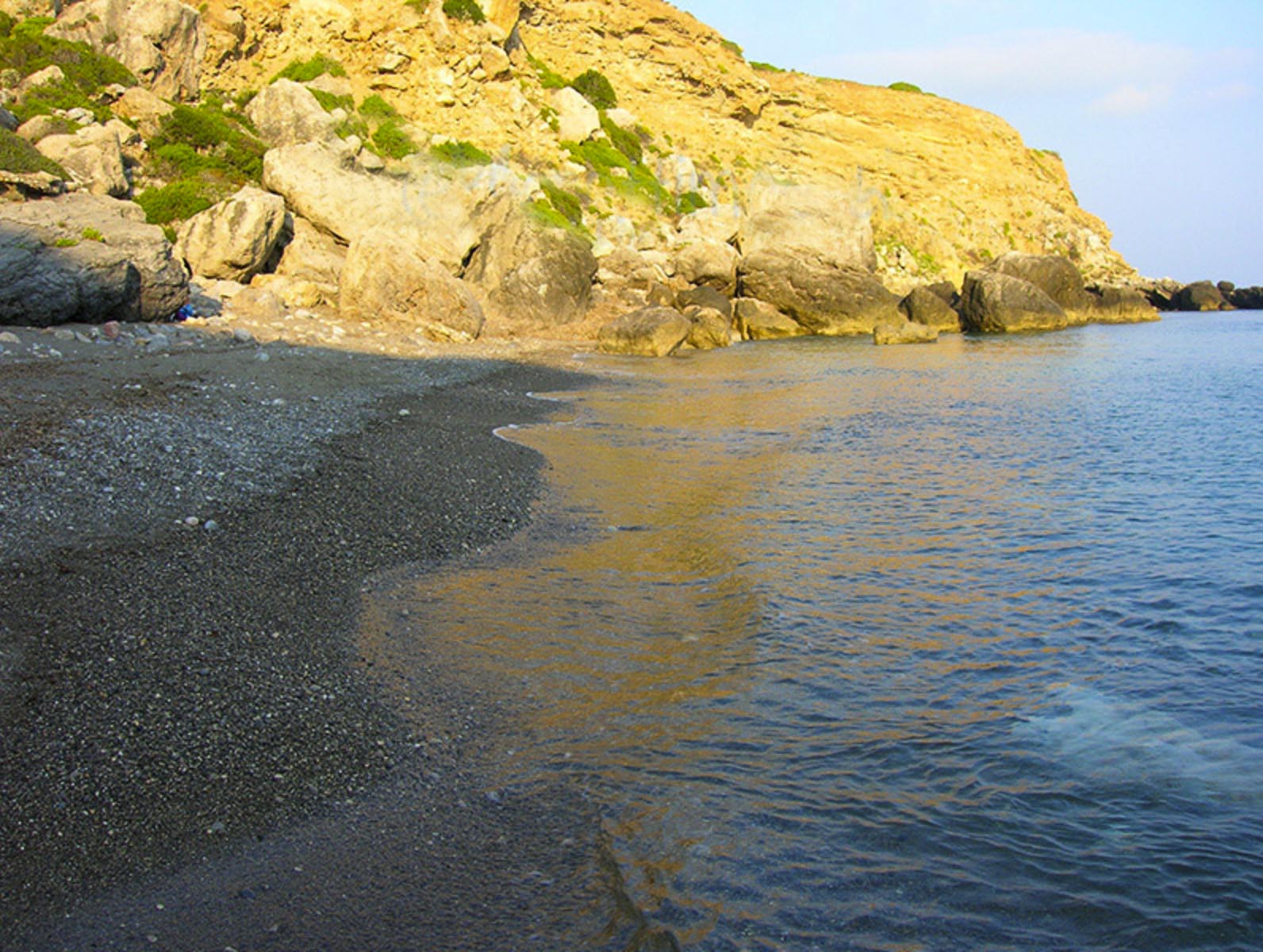 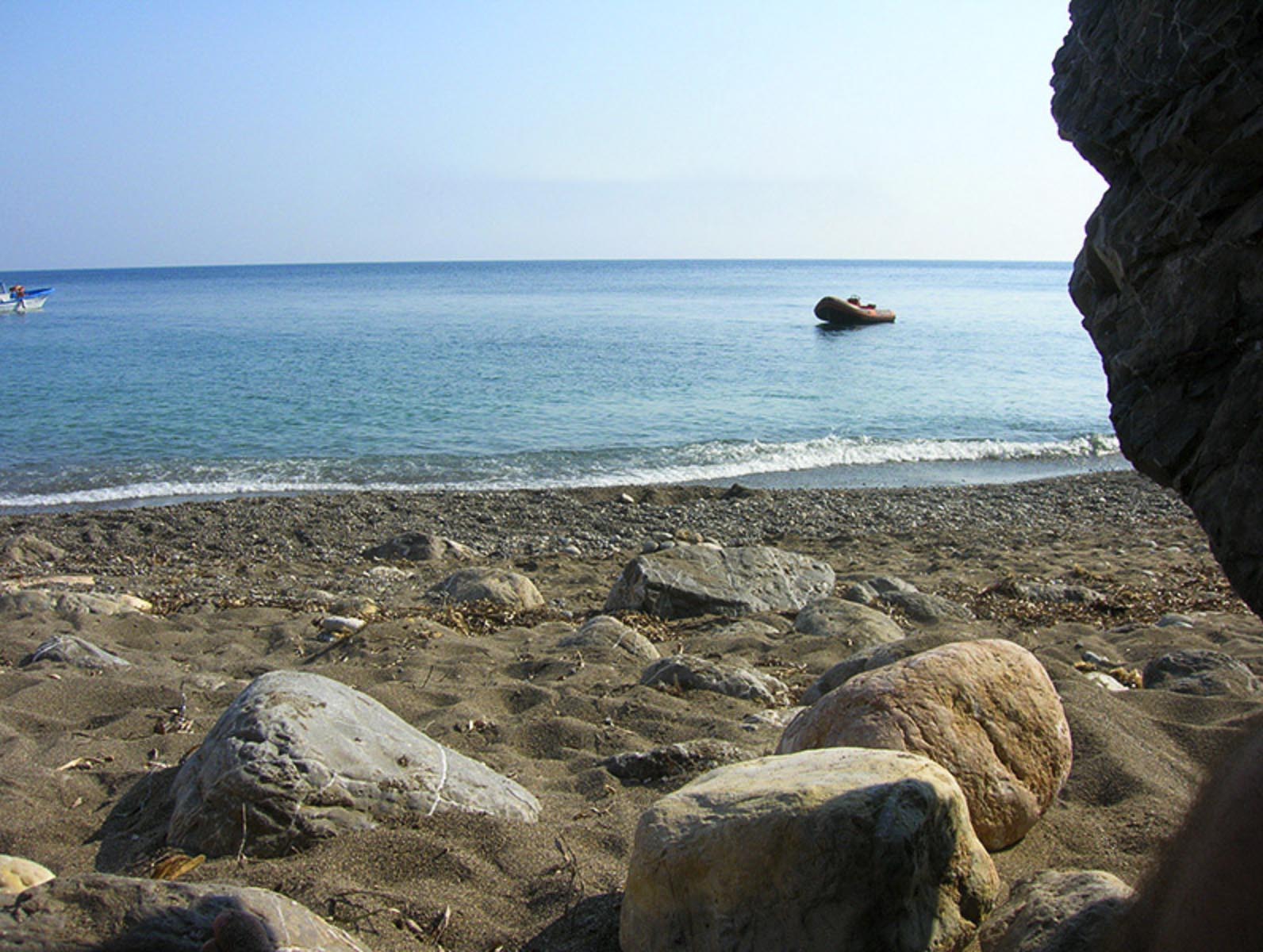 What it lacks in sand, Marettimo more than makes up for in walking paths winding through herb-scented Mediterranean macchia. The island’s name is derived from “mare” (sea) and “time” (thyme), and it displays a rich biodiversity, with flora including great clumps of pink cistus, prickly pear and a few species (such as sea stork’s bill, Erodium maritimum) not found on the Sicilian mainland.